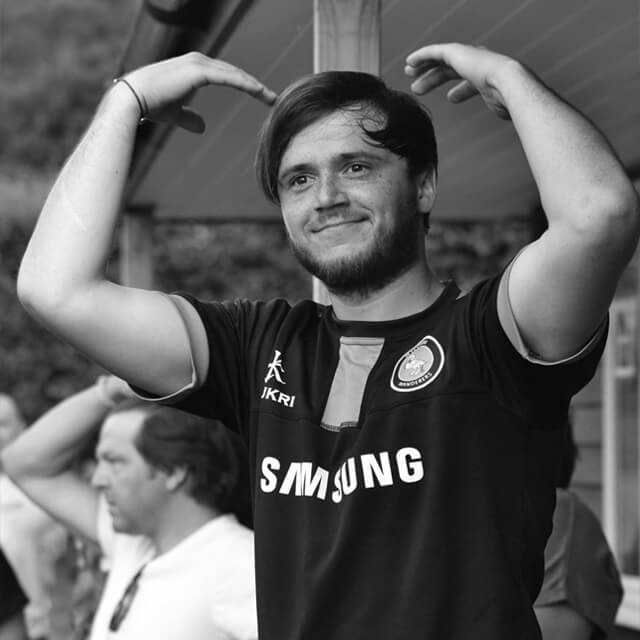 “My aim is to give opportunities to grassroots players that dream of making the premier league stage. Bringing these players to our academy is a great opportunity as we use the right training techniques to improve these players and making them top players.”

“At the age of 7 years old, a friend of mine was playing football at academy level and I wanted to join him and get into football.

At the age of 10 years old I joined my first academy, I stayed within my age group for 2 years playing at a high level, as those two years at the academy went by I attracted interest and at the age of 12 I was asked to train with the reserves.

My first game for the reserves came at the age of 14 and I ended up playing regularly for them for the next two consecutive seasons.

When I hit the age of 16 the first team had been promoted into Romania’s first professional league and I was offered my first pro contract. I played professional football for the next two years, I then decided I didn’t want to do this anymore and started doing charity work and gave up football.

At the age of 23 I came to England. I got back into football by playing for a few local semi professional clubs, however I still felt playing wasn’t for me. Prior coming to the UK I had already done my level 2 coaching badges and I then went onto coach for Marlow FC and Slough Town academy. As I got into coaching a lot more I found myself working for Wycombe Wanderers as a coach, I stayed there for a year and a half and I then decided to start up my own academy in 2013 – TTP Like a Pro.

Within the first 7 months of opening my own academy i worked with one player and he ended up going on trail with Arsenal FC and he got accepted in. I went onto work with other players who ended up having trails with Reading FC, Wycombe Wanderers and FAB academy – Read our success stories here. Whilst running my own academy I was managing Henley Town FC who play in the Hellenic standard. My coaching career has propelled forward and i left my post at Henley and a year later I am now a scout for premier league side Crystal Palace, I am also coach for Wantage Town Reserves, who play in the Hellenic Div1.

So whilst doing all this work I am running my own academy with a very clear and reachable goal – My aim is to give opportunities to grassroots players that dream of making the premier league stage. Bringing these players to our academy is a great opportunity as we use the right training techniques to improve these players and making them top players.”